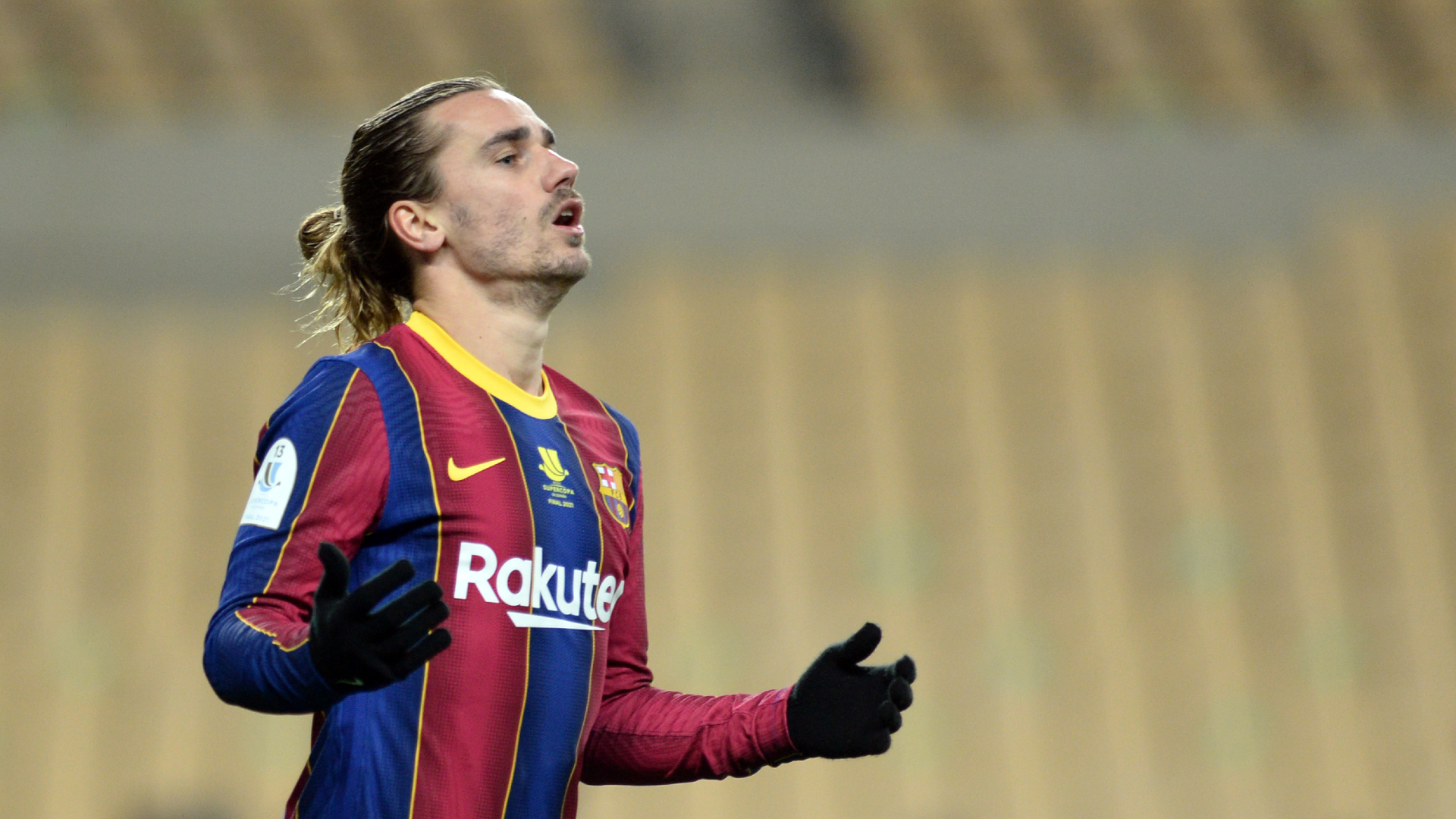 Lionel Messi was sent off for the first time in his Barca career as the Catalan club lost 3-2 to Athletic following extra time in Seville on Sunday.

Near the end of extra time, Messi played a pass and took a swing at Asier Villalibre as the Athletic forward ran across his path, demonstrating the frustration Barca felt after losing the lead twice in regulation.

Griezmann scored twice, including the 40th-minute opener, but his goals were cancelled out on both occasions at Estadio de La Cartuja.

Inaki Williams then scored a sublime goal in the third minute of extra time to secure Athletic’s third Supercopa crown and first since 2015, with Messi’s red card for lashing out at Villalibre adding to Barca’s woes in the dying moments.

“How do you think we are?” Griezmann replied when asked how Barca felt post-game.

“We’re screwed, angry, upset. When you lose a final, these are all the bad feelings you have.

“Athletic pressed very well. They gave everything until the last minute, and then what happened, happened. We have made mistakes in our strategy and we’ll have to work on it during the week.

“We didn’t defend well, we didn’t communicate. When the ball comes out someone needs to shout.”

France star Griezmann has scored five goals in his past four finals in all competitions for club and country.

He has also been directly involved in seven goals in his past four appearances for Barca across all competitions, after failing to score or assist a goal in any of his previous seven matches.

In La Liga, Ronald Koeman’s Barca are third and seven points adrift of leaders Atletico Madrid – who have two games in hand.

Barca will next turn their attention to the Copa del Rey, where they will face Cornella in a last-32 match on Thursday.

Lyon on Ahmedabad pitch criticism: "I dont get it."

Gangubai Kathiawadi: Alia Bhatt To Lend Her Voice For A Song, Sanjay Leela Bhansali To Compose It