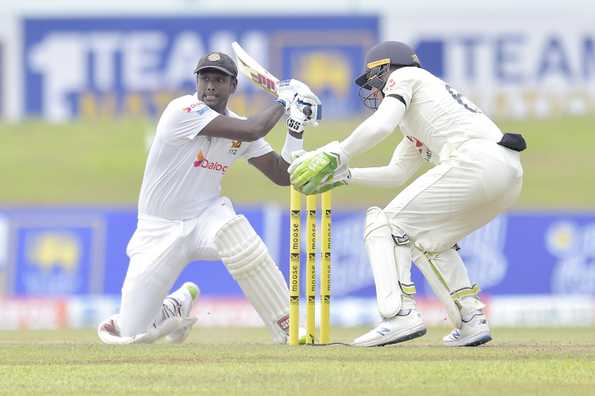 Sri Lanka won the toss and elected to bat © Getty

STUMPS Joe Root and Jonny Bairstow stitched a century stand to help England to 127 for 2 at Stumps on Day 1, trailing the hosts by only 8 runs. The duo displayed patience and application on a turning wicket to take a commanding position early in the match. After Stuart Broad’s early strikes and Dom Bess’s fifer, England have not let the opportunity slip away.

Joe Root and Jonny Bairstow have revived England’s innings with a fifty stand. They have relied more on their defence than going on the attack like how the Sri Lankans had approached their batting innings. It has paid off quite well so far.

WICKET Lasith Embuldeniya strikes again. Looking to play over the top, Zak Crawley steps down the track and chips the ball towards the long off region. Wanindu Hasaranga takes a good catch running behind. 17 for 2

WICKET Lasith Embuldeniya has struck early for Sri Lanka. Looking to play a forward defensive prod, Sibley edges the ball to the slip fielder. The on-field umpire declares him not out but Sri Lanka have the decision overturned after taking a review.

WICKET Wanindu Hasaranga fancied a reverse sweep against Dom Bess but managed to pick the length. The office cleans him up to finish with a fifer. Sri Lanka are bowled out for 135.

WICKET Unfortunate for Lasith Embuldeniya. Wanindu Hasaranga hits straight and hard. Jack Leach manages to get his hand in the way and has the ball deflecting to the stumps. No time for the non-striker to react

WICKETS Dom Bess continues to chip in with wickets as Sri Lanka refuse to go on the defensive. Dilruwan Perera and Dasun Shanaka fall to Dom Bess. 126/8

WICKET Niroshan Dickwella hasn’t held back on his shots and hits one straight to the fielder at cover. Sri Lanka’s slide continues. 105/6

WICKETS Angelo Mathews and Dinesh Chandimal have departed in quick succession after helping Sri Lanka rebuild their innings. Stuart Broad is among wickets again, this time accounting for the wicket of Mathews before Chandimal falls while looking to hit Jack Leach on the up.

Angelo Mathews and Dinesh Chandimal have been fluent with their strokeplay after Lunch and brought up their half-century stand.

LUNCH Dinesh Chandimal and Angelo Mathews have played out the last 45 minutes of the morning session, putting on an unbeaten 40-run partnership for the fourth wicket, to help Sri Lanka to 65 for 3.

DROPPED:Dan Lawrence, on debut, has put down an easy catch at cover. Batting on 22, Dinesh Chandimal plays a cover drive on the up straight to the fielder. But survives.

Dinesh Chandimal, who is leading the team in Dimuth Karunaratne’s absence, has brought up his 4000th Test run – becoming only the 12th Sri Lankan to the mark.

WICKETKusal Perera’s stroke-filled and aggressive stay yielded only 20 runs before he fell to Dom Bess, handing England their third wicket of the morning session, with just over an hour of play into the game.25 for 3.

WICKETKusal Mendis’s duck-fest continues. Stuart Broad strikes again and hand the batsman his fourth successive duck. Teased outside off with a legcutter, Mendis leaves his bat hanging outside and edges the ball to the ‘keeper. 16 for 2.

WICKETAfter 40 minutes of play, Stuart Broad has finally managed to strike. Lahiru Thirmanne, who looked unconvincing, has flicked the ball on his pads to Jonny Bairstow at leg slip. A good catch.16 for 1.

Kusal Perera has had a few early escapes. After being pinged on his pads in the second over, he pulls Stuart Broad in the seventh. It could have gone straight down the throat of Jack Leach at long leg but the fielder lost it in the background of the Galle fort and moved a few yards to his right only to see the ball land close to where he was originally standing.

TOSS: Sri Lanka have won the toss and elected to bat.

UPDATE: Dimuth Karunaratne has been ruled out with a fractured thumb. Dinesh Chandimal will stand in for him. 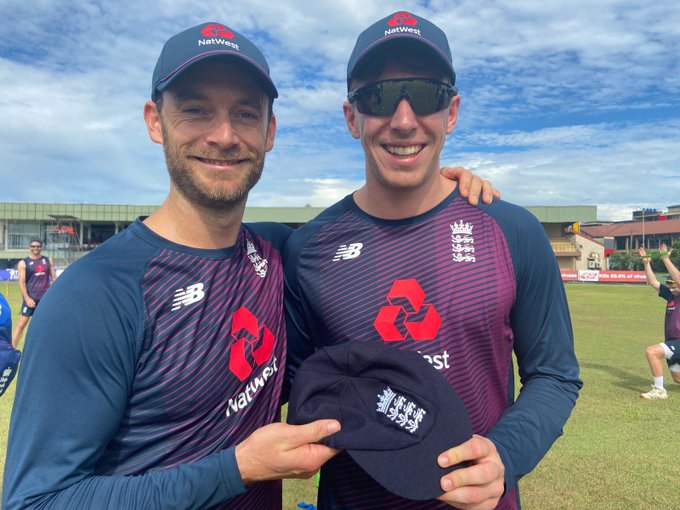 Hello and welcome to the opening day of the first Test between Sri Lanka and England. In what is expected to be a long schedule for England in the subcontinent, their trial with spin will begin at the Galle International Stadium. It is the first Test Sri Lanka will be hosting in almost a year since the pandemic has hit the world. Even though the matches in this series will carry points for the Test Championship, neither team hold a realistic chance of making it to the final.

While we wait for the toss, you can catch up on the match preview: Advantage Sri Lanka at fortress Galle against depleted England

You can also read these by Rob Johnston:

Dan Lawrence – A player determined to do things his own way

Best players are ones who have consistent emotional pattern – Collingwood

Melissa Gorga Says Jackie Goldschneider Mentioning Gia Giudice Was “The Worst Analogy Ever”; Says Gia “Takes The Place Of The Adult” In Relationship With Teresa Giudice