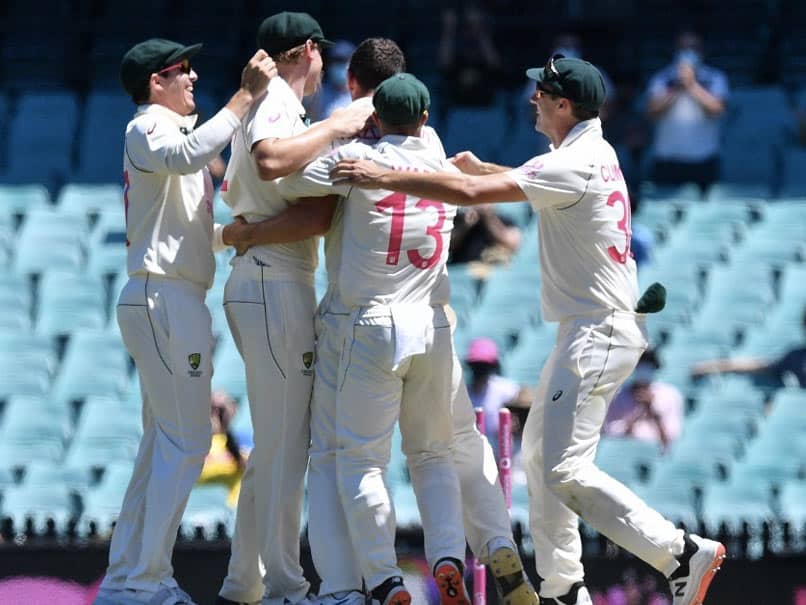 IND vs AUS Live: Australia celebrate a wicket during Day 3 of the 4th Test match.© AFP


Having lost crucial wickets, India have gained some momentum against Australia, on Day 3 of the ongoing fourth Test match, at The Gabba, in Brisbane. Washington Sundar and Shardul Thakur have built a steady partnership and will be aiming to post more runs on the scoreboard. The visitors put in a poor start to the Day, with Cheteshwar Pujara and Ajinkya Rahane losing their wickets to Josh Hazlewood and Mitchell Starc respectively. Meanwhile, Mayank Agarwal lost his wicket after the Lunch break, followed by the dismissal of Rishabh Pant. Australia posted a first innings score of 307 runs on Day 2, meanwhile, India responded by posting 62 for two at Stumps on Day 2 before the match was abandoned due to rain after the Tea break. (LIVE SCORECARD)