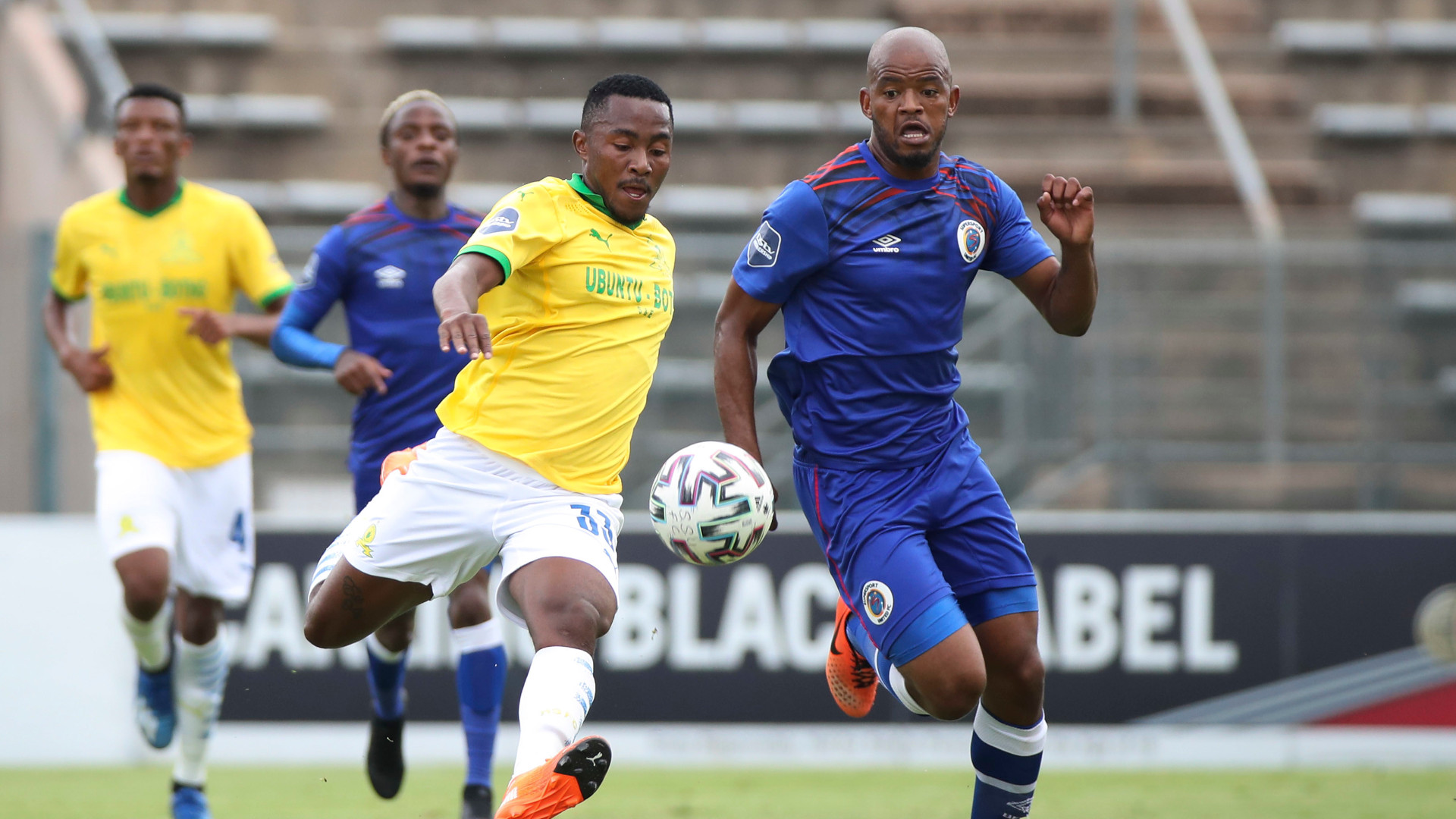 A hard-fought league encounter at the Lucas Moripe Stadium on Saturday afternoon ended in a 0-0 draw between SuperSport United and Mamelodi Sundowns.

Sundowns had bossed the first half in terms of ball possession and completed passes, but a cutting edge was lacking to their play and at times their intricate passing was probably overdone as they rarely threatened the opposition goal.

Downs also had six corners in the opening stanza and their best scoring chance came from one such set piece when Mothobi Mvala sent a header wide from a sixth minute Gaston Sirino delivery.

It was SuperSport who arguably had the best chance before the interval when some neat combination play saw the ball worked to Sipho Mbule on the edge of the area, but although his shot was well-struck, it kept on rising over the Sundowns bar.

There was a set-back for Matsatsantsa on the half hour mark when an injury ended midfielder Teboho Mokoena’s afternoon, with Siyabonga Nhlapo taking his place.

While the Brazilians did well to keep SuperSport’s on-form strikers Bradley Grobler and Thamsanqa Gabuza quiet, there were a few chances for winger Kudakwashe Mahachi, but the Zimbabwean was denied by Denis Onyango on one occasion and skewed another effort wide.

Masandawana had a great chance to go ahead 10 minutes into the second half but from close range, albeit under some pressure from goalkeeper Ronwen Williams, Themba Zwane sent a volley flying over the bar.

At the other end, Onyango pulled off a fantastic reflex save to deny Grobler from heading home an Mbule corner in the 57th minute.

While SuperSport were stepping up their game in the second half, Downs also continued to press forward, which made for an open game and an absorbing watch.

The next chance fell to the team in yellow, but after being set up by Kermit Erasmus on the edge of the area, Zwane side-footed his parting shot wide with 20 minutes to go.

It wasn’t Zwane’s day as he also fired off target with three minutes to go; that aside though there were no clear-cut chances for either side in the closing minutes of a game which effectively saw the two teams cancelling each other out rather than making too much play of their own.