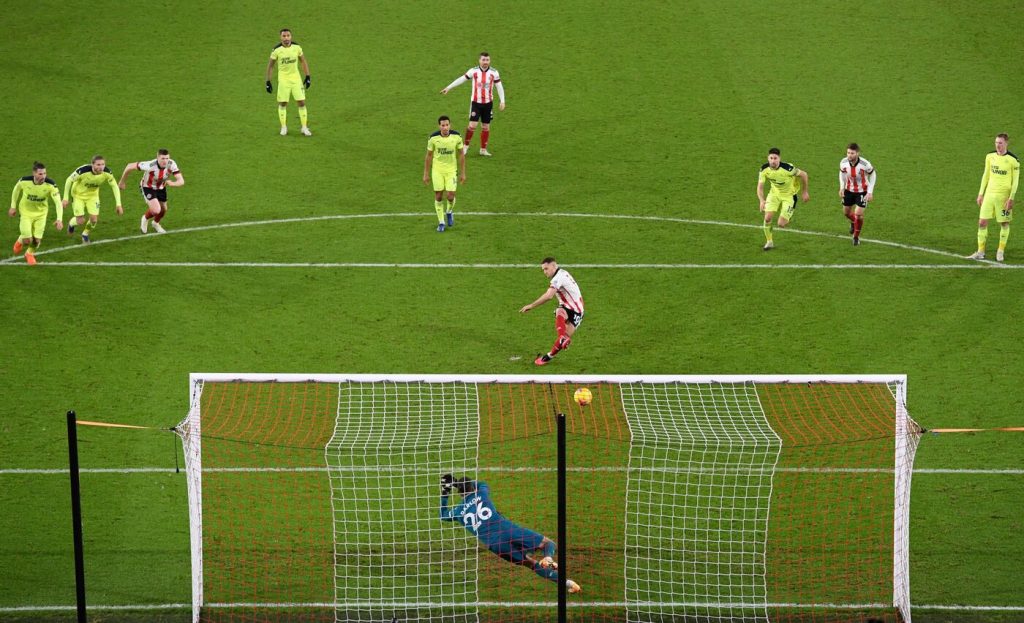 Billy Sharp believes that Sheffield United can get themselves out of trouble after recording their first Premier League victory of the season on Tuesday.

Sharp bagged the only goal of the game from the penalty spot as the Blades defeated Newcastle United at Bramhall Lane to move onto five points for the season.

The result left Chris Wilder’s side nine points adrift of safety, but Sharp has insisted that the team can avoid relegation this term.

“It’s a huge relief, I’m so happy for the boys,” he told Sky Sports. “It was important we got a win soon. It was scrappy at times, but in the first-half I thought we were brilliant.

“We got the luck we deserved and saw it through.

“I thought we played with a lot of confidence, and this win can give us more belief. Everyone has written us off – the pressure is off.

“We’ve not had a great time in the last few months, but we’ve got to keep our heads high now. We’re good enough to do it.

“He did touch it with his hand – I gave him a nudge. The referee made the decision. I love scoring goals for Sheffield United.”

SL View – A tall order for the Blades

The result ended a record run of 20 league matches without a win for the Blades and will undoubtedly be a relief for everyone connected to the club.

They showed plenty of determination against a poor Newcastle team and that spirit should stand them in good stead during the second part of the season.

However, an upcoming fixture list of Tottenham Hotspur (H), Manchester United (A) and Manchester City (A) could leave them even further adrift of safety by the end of the month.

With 20 games still to play it would be foolish to write off the Blades, but the task they face could well prove to be beyond them.

George Clooney reveals he is afraid of wife Amal Clooney