Following his heroics in the SCG Test against Australia on Monday, Indian off-spinner Ravichandran Ashwin said that Test cricket teaches a lot about life. He went on to add the important lesson he took away from the famous draw at the SCG – it does not matter if you are bruised and battered, it is important to hang in there.

Tweeting after the Sydney Test, Ashwin wrote: “Doesn’t matter if you are bruised and battered, just hang in there and you will have an opportunity to fight another day!! Test cricket teaches you life!! #SydneyTest A big thanks to my team and well wishers.”

Earlier, Ashwin’s wife Prithi had revealed that the spinner was experiencing a lot of pain when he woke up in the morning, and wasn’t even able to stand up properly. Prithi tweeted in praise of her husband:

“The man went to bed last night with a terrible back tweak and in unbelievable pain. He could not stand up straight when he woke up this morning. Could not bend down to tie his shoelaces. I am amazed at what @ashwinravi99 pulled off today.” 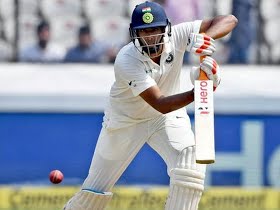 Replying to the tweet, Ashwin wrote: “Instant tears!! Thanks for being there with me through all this.”

Despite the pain, Ashwin went into bat with India in trouble at 272 for 5 and faced 128 balls for his unbeaten 39. Ashwin gave company to another warrior, Hanuma Vihari, who batted despite a hamstring injury, and faced 161 balls for his defiant 23.

Indian skipper Ajinkya Rahane praise the entire unit following the hard fought draw at the SCG, and described the draw as good as a win.

“I’m really happy for Rishabh. The way he batted today was really special. Vihari was batting really well. Today we all saw a special knock. This was more special than his hundred. To show that hunger, to show that character, it’s all about what the team needs.

This is as good as winning a test match. Credit to Vihari, Ashwin, Pujara, Rishabh Pant, and Rohit. About intent, everyone has their own style of showing their intent”, said Rahane.

No Bake Cheesecake No Oven Recipe in Urdu Hindi – RKK