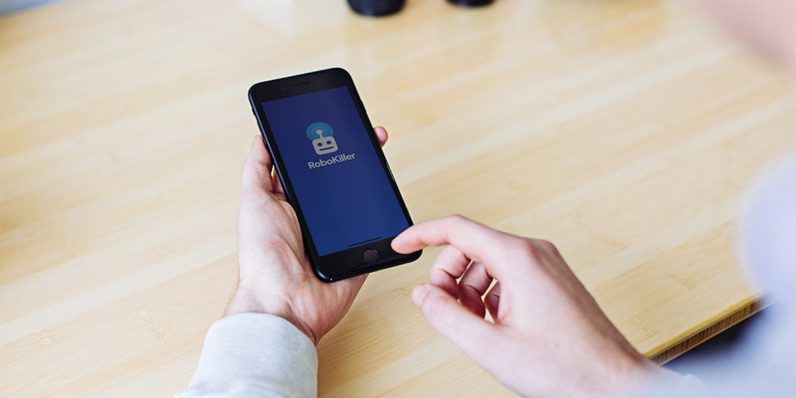 The minute you end up on the wrong phone list…you know it. If you signed up for a business newsletter or joined an online club that gathered your phone number, that organization can then decide to sell your information. And when your number ends up on a telemarketer’s list, your phone starts lightning up like the Las Vegas Strip.

Once you’ve ignored your sixth…or eighth…or 12th ringing phone of the day from numbers you don’t recognize, the annoyance shifts to anger and thoughts about ways to end this digital distraction once and for all. RoboKiller Spam Call and Text Blocker ($49.99 for a 2-year subscription; 37 percent off from TNW Deals) can throttle all those irritating robocalls when you most need it — before they annoy you.

With RoboKiller, you’ve got an immediate ally in clearing out each and every spam phone call you receive. RoboKiller knows its stuff, with a list of over 1.3 million blocked numbers that can eliminate up to 90 percent of the spam calls you get within 30 days.

And RoboKiller doesn’t just suss out call centers and spammers and stop them from reaching you. No, RoboKiller actually answers the call, unleashing its answer bots on the unsuspecting spammers. Even though scammers can spoof other numbers, they can’t change their voice, which helps the answer bots actually detect voice patterns and identify spam calls.

Meanwhile, the answer bots actually sound like real people, using artificial intelligence to ask questions like who’s calling or how the scammer got your number. Before they know it, the caller has been on the phone for several seconds talking to an answer bot, wasting their time — and saving other callers from suffering a similar time-killing fate. RoboKiller helps stamp out spam calls, once frustrated, dejected scam caller at a time.

SMS spam protection adds that same layer of defense to your text messaging as well, preventing scams from wasting your time. While the automation is great, RoboKiller offers users personalized control as well, letting them create their own personal list of allowed and blocked callers.

Subscribers have responded to RoboKiller as well, with ratings of over 4 out of 5 stars from nearly 350,000 reviewers in the Apple App and Google Play stores.

Right now, two years of RoboKiller Spam Call and Text Blocker protection is available at almost 40 percent off its regular price, down to just $49.99. New users can also sample RoboKiller on a shorter one-year term for only $29.99 (24 percent off), or get the top savings on a three-year subscription for $69.99 (41 percent off).

Prices are subject to change.

Saweetie Is Back At It With More Interesting Food Concoctions—This Time It’s All About Spaghetti & Ranch Dressing!

‘Dark Side Of The Ring: Confidential’ Series To Premiere March 9 On Vice TV